As a tie-in to Walt Disney's 1964 film Mary Poppins, at least three companies were licensed to produce a Mary Poppins teenage doll in the 1960s. 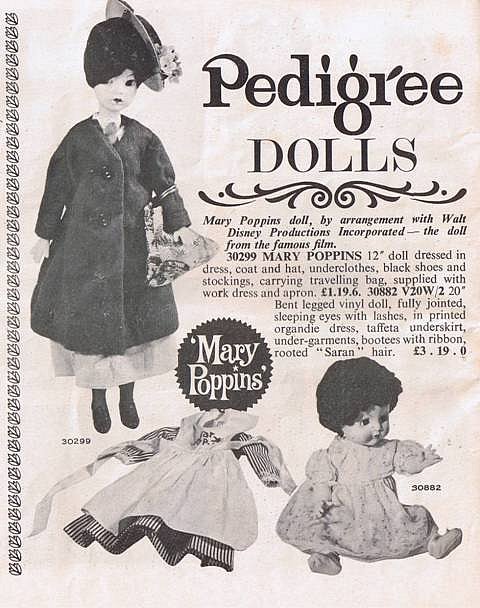 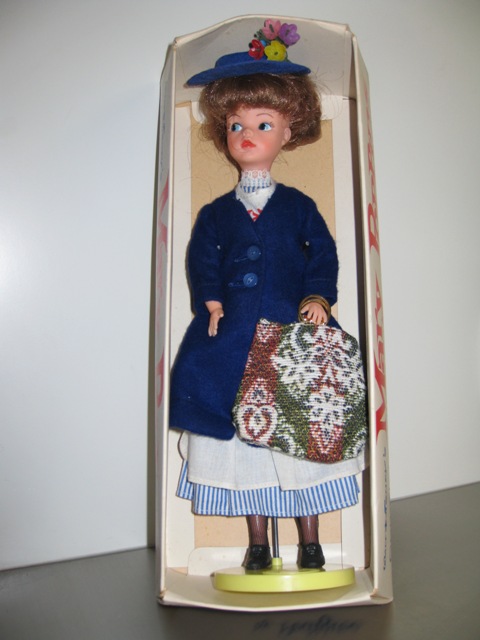 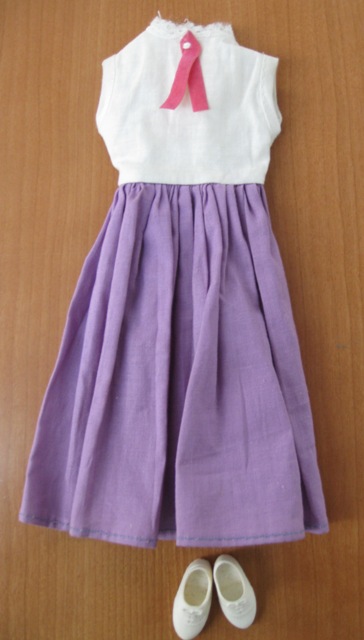 Above left a boxed Mary Poppins doll believed to be correct. She is so mint her clothes have never been removed her from her body. So for example, her pants are stuck to her, and the ribbon on the back of the apron looks to have never been undone. Her body is perfect. Above right her extra dress and shoes. 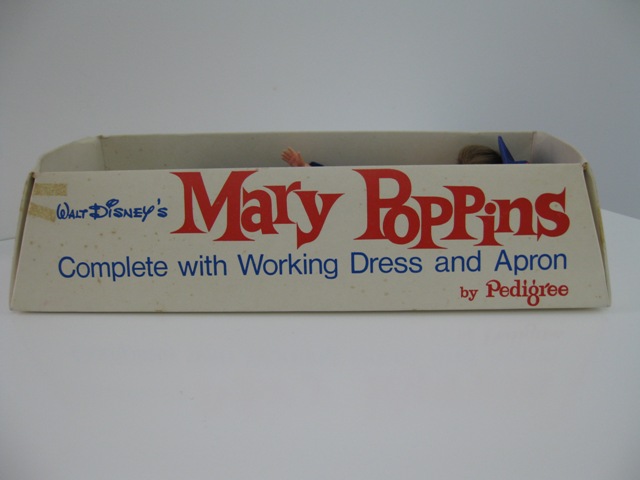 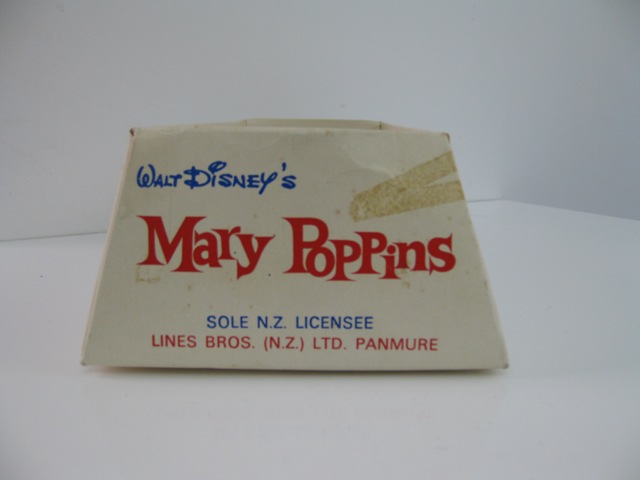 Details of the box. 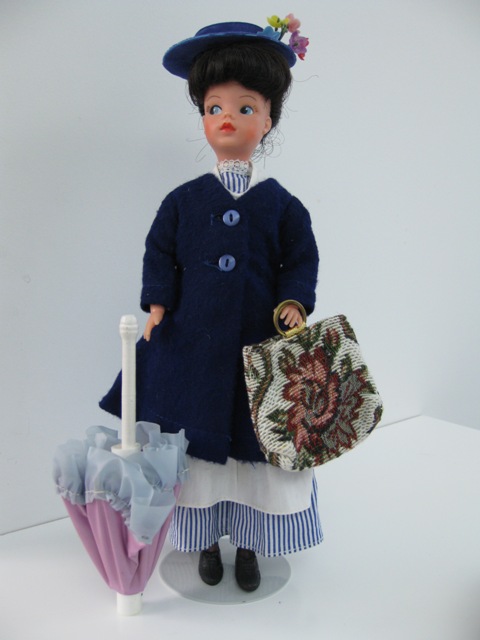 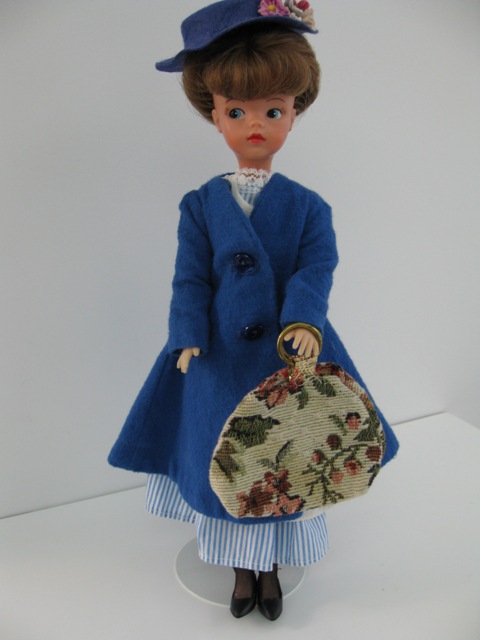 Above left a brown haired version with umbrella which may not have originally come with the doll, but which was included with the Horsman outfit. Above right Sindy dressed in the Horsman outfit but wearing Sindy black kitten heel court shoes. 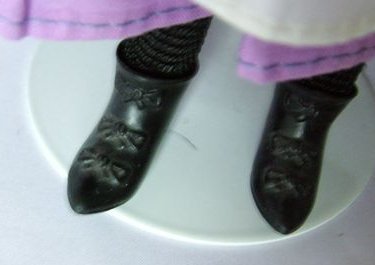 Horsman stockings and boots for comparison.

The Mary Poppins Sindy was the usual NZ Sindy Doll. As collectors probably know, to comply with local market protection laws, Pedigree sent Sindy parts to New Zealand to the Line Bros factories, where the dolls were put together. These dolls can be a little different and harder to identify with complete certainty.  However they often have yellower bodies and hard plastic arms and big pink hard plastic hollow legs - having said that the dolls in the photos above have pink bodies, no markings, hard plastic arms and legs. The Mary Poppins Sindys had black/very dark brown or chestnut brown hair styled into a bun at the back of the head. Everyone agrees that they had beautiful faces.

As you can see from the advert above, this Mary Poppins Sindy was quite elaborate. She was given a blue felt coat, striped working dress, apron, hat, white pants, black stockings, black lace-up shoes, red Sindy headband, and carpet bag. She also had an additional outfit of a purple and white dress and white sneakers.  She came with a 1960s Sindy stand, which was yellow. This Sindy is usually found with chestnut brown hair and a full-sized head.

One of the most important things about this NZ MP Sindy is the outfit. It is different in colour to Horsman and in particular the stocking and shoes are not the same.

In addition to the elaborate Mary Poppins described above, there was also a much simpler dressed doll. She is normally found with a miniature head (sometimes described as a "small face" or "pin head" Sindy). Because she has the smaller head, she is generally believed to be a slightly later issue. She was dressed in a red striped work dress and wore a white pinafore apron with a larger printed design on the apron identifying her with the Mary Poppins franchise. She also wore the black nylon stockings and black plastic lace-up shoes. 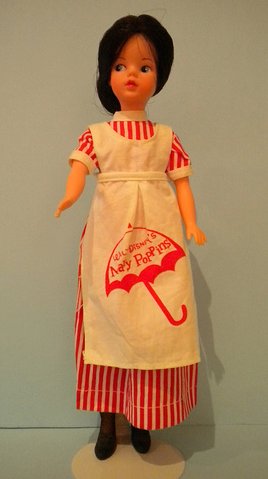