Ages ago we promised we'd attend the next toy museum for a day in Alresford, but with the problems of getting 1979 Sindy online we couldn't really concentrate our efforts on the event until almost the last minute. Annie was thinking ball gowns and Kathy wanted ballerinas, and we both thought something for the Queen's Diamond Jubilee would be nice.

So it was only in the week beforehand that we started to get our act together, finding suitable dolls, washing them again, styling their hair and dressing them. Now don't get us wrong, we like to keep our dolls nice anyway, but if you are taking the girls out you really do want them to look their very best, especially because some youngsters may never have seen a Pedigree Sindy and we like to ensure she leaves a good and lasting impression on visitors.

Then – almost disaster – an email to say that the back room at Alresford Community Centre where we would be was in the middle of being redecorated and that we might want to come and have a look in case it changed what we were going to do. We drove over and decided we'd have to change one display which meant a bit of redesign and replanning.

We were up until 2.30am the night before sorting Sindys. Oh it was awful, sitting there with a glass of wine, brushing a Sindy's hair and talking about the Sindys. You know there is always something new to discover every time you pick up a Sindy, especially when you pick up someone else's doll because you do know your own dolls. Dolls packed, we went to bed but neither of us slept well.

Next morning was beautiful and it promised to be a lovely day. We arrived to find the centre already full of activity as some toy collectors had arrived extra early and were already working hard to get their displays set up. So we started to unpack the 80 Sindys we had brought with us.

This is what it looked like end to end. 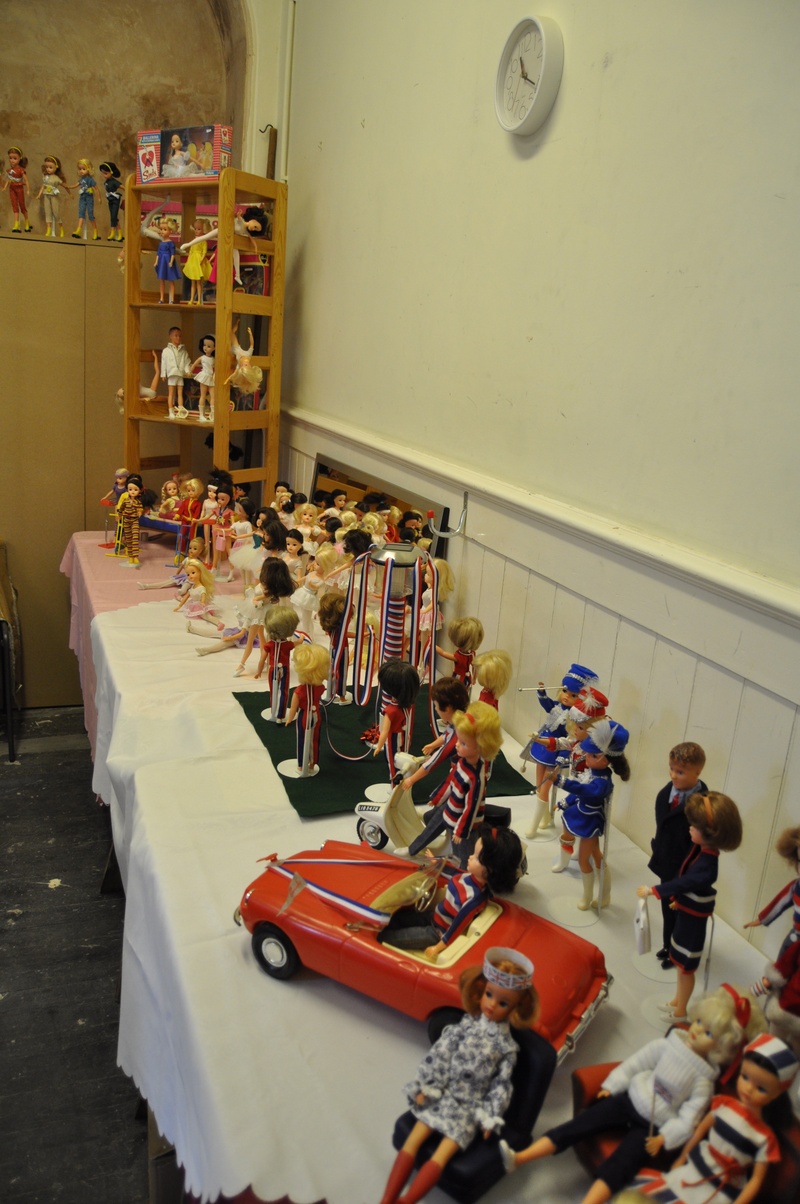 Red white and blue for the Queen's jubilee. 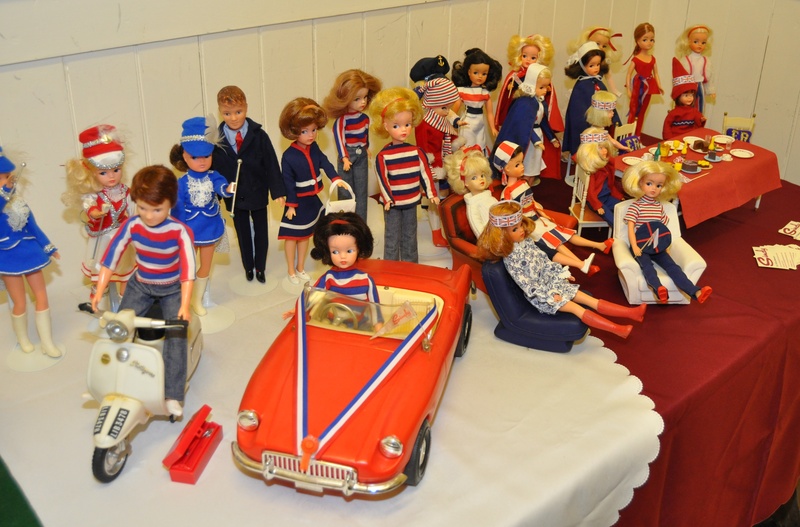 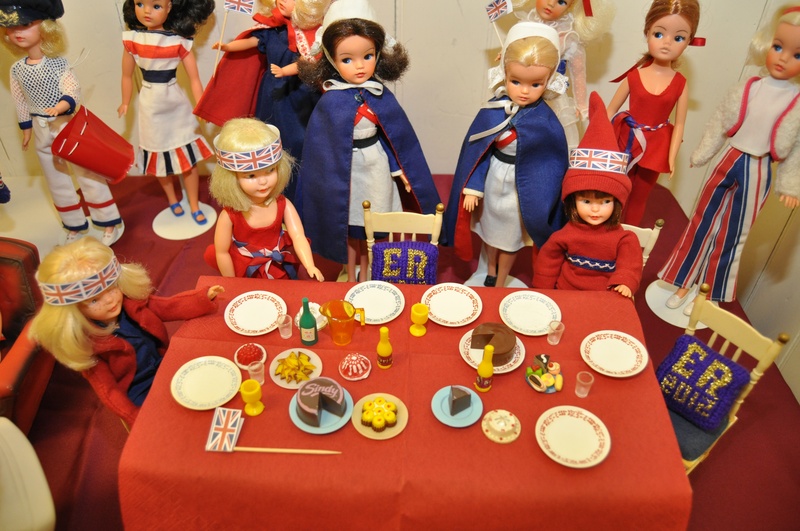 The Patchs had a street party – bless 'em. 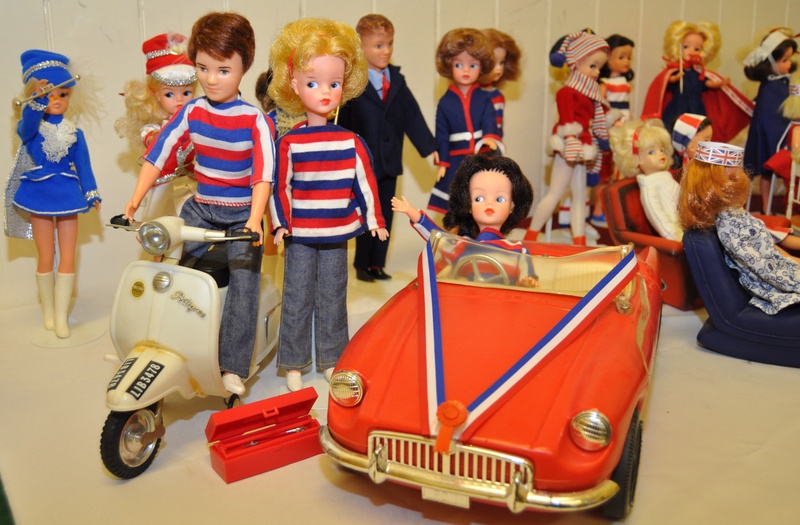 The 1960s Sindys were being cool with their wheels.

Some lovely Canterbury Patch dolls danced around the Maypole. 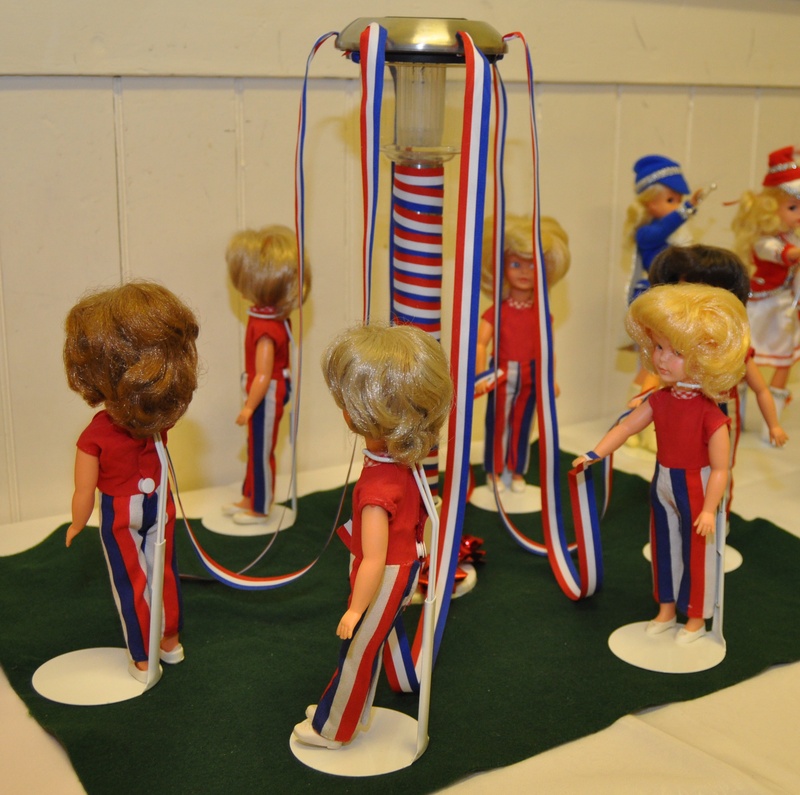 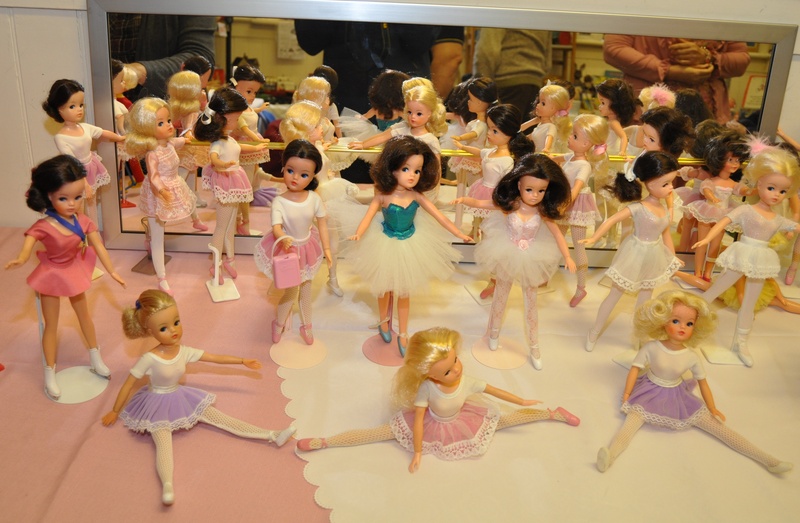 The active ballerinas were dressed in a mixture of official Pedigree and other ballet outfits (and we included Superstar because she's an active). The practise bar and mirror behind them ensured you could see all around the Sindys. 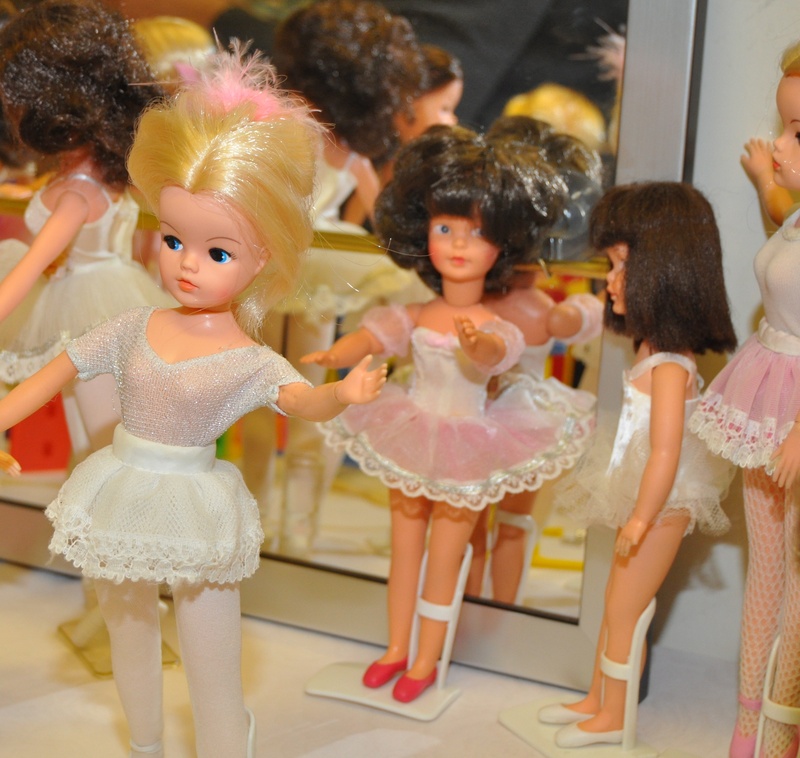 Ooh look who snuck in at the back.

At the other end, a shelf display with boxed ballerinas, active Sindys as acrobats, the Party Time Sindys - they are so Bucks Fizz! and 1960s "Anyone for Tennis?"

As a nod to the Olympics we had a small keep fit display. We wanted to have some sort of 1980s display anyway because you sometimes forget how lovely the 80s girls are (OK there are a couple of 1979 2nd Gens but they are sweet too).

And last but not least the beautiful skaters who crowned the display.

We had another great day, talking to old friends, hopefully making some new ones, and making sure our old gal Sindy was still out there and being remembered.

Best story of the day? The lady who was thrilled to see the 1960s brunette 'Weekenders' Sindy and had her photo taken with her. We heard her say to her husband “Now you know what she looks like.” We don't much fancy his chances if the next birthday present isn't a vintage Sindy.

Next year, we hope, the Birthday Ballroom!