Paul was discontinued at the end of 1967, but Sindy and Patch were given some new friends to play with.

In fact, Mitzi and Betsy were first introduced in the Autumn of 1967. Their introduction was heralded in an early 1967 Sindy Fan Club letter. The letter explained the new friends' backgrounds and their relationship with the Sindy Set. The letter told how Sindy, Paul & Patch were very busy getting ready for the big welcome they planned for the arrival of Mitzi & Betsy. Never shy of missing a marketing trick, Pedigree exhorted its Fan Club members to ensure that the new visitors were made to feel welcome and told them, "Don't forget the big Mitzi and Betsy welcome which you'll see on the television soon. Sindy, Paul and Patch are really looking forward to spending some very happy times with their two new friends."

These two new girls were joined in 1968 by Vicki and Poppet and all four new dolls were officially advertised in the 1968 style catalogue.

Apart from Betsy, the new friends each came with a charm that could be added to Sindy's new golden medallion bracelet. Sindy's friends Mitzi and Vicki could wear Sindy's clothes, and Patch's friend Poppet could wear hers. Betsy was much smaller and she had to have her own set of clothes. 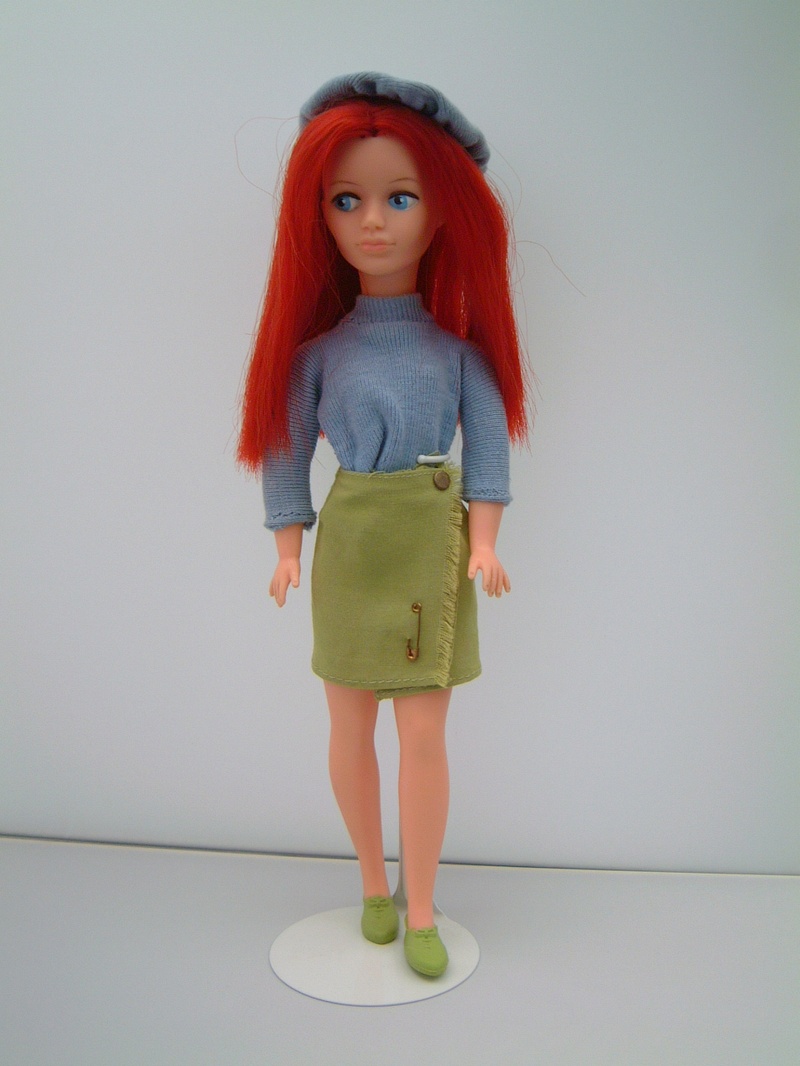 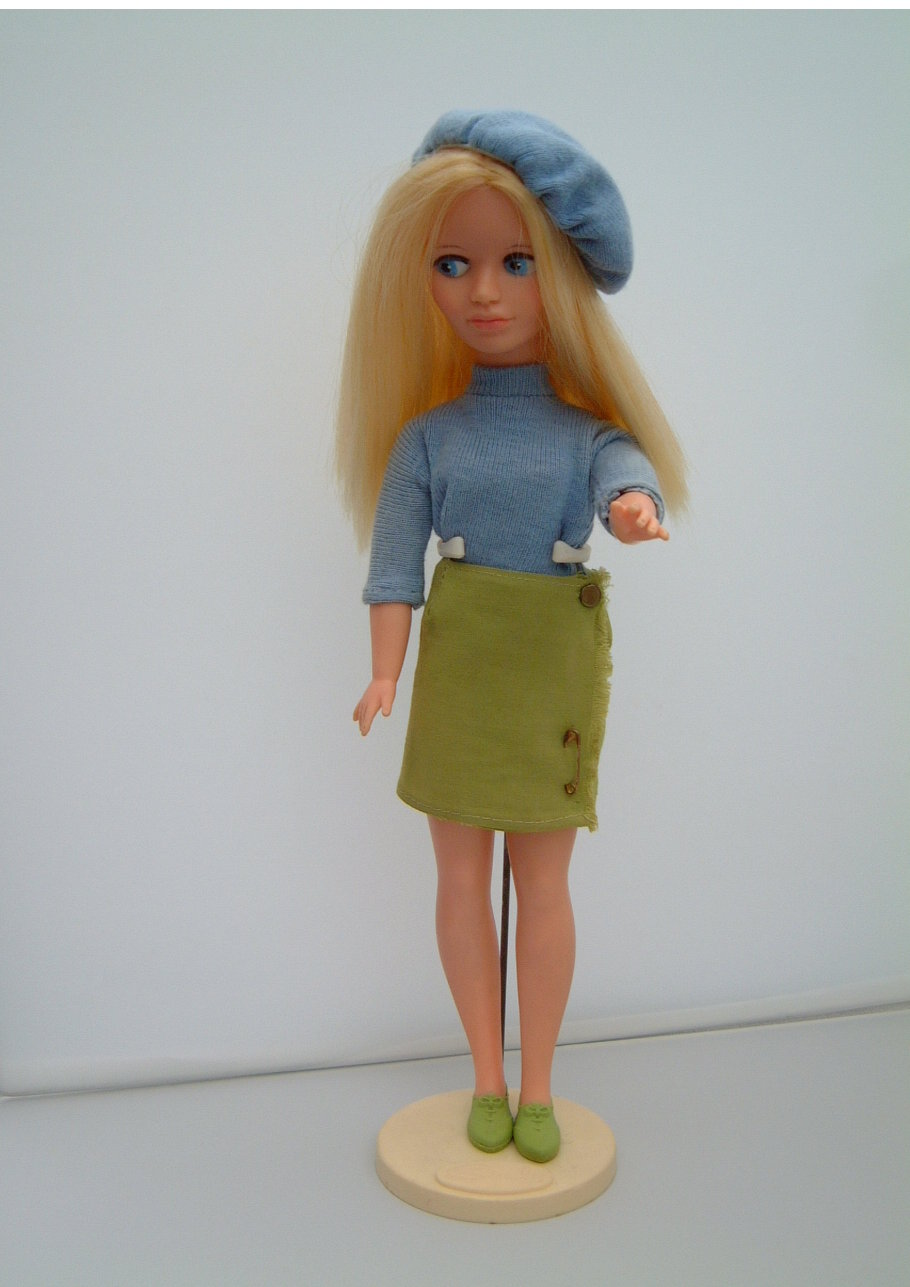 Mitzi, Sindy's French friend, was introduced in Autumn 1967. She could have either red or blonde hair. This is what the Fan Club letter said:

"Mitzi is Sindy's continental friend and Sindy met her whilst she was on holiday last year. They have written lots of letters to each other since then. Mitzi has decided that she would like to live over here for a while so she is working as an Au Pair Girl (this means that she lives with an English family and helps with the housework and shopping). Sindy is going to show her all her new outfits. Mitzi can wear any of Sindy's clothes, so I expect they will be swopping." "Mitzi decided after her brief visit earlier this year, that she would definitely come over to stay in the Autumn."

As noted from both the Fan Club letter and her box, Mitzi was simply described "Sindy's continental friend", it was the 1968 style catalogue which identified that she actually came from France. 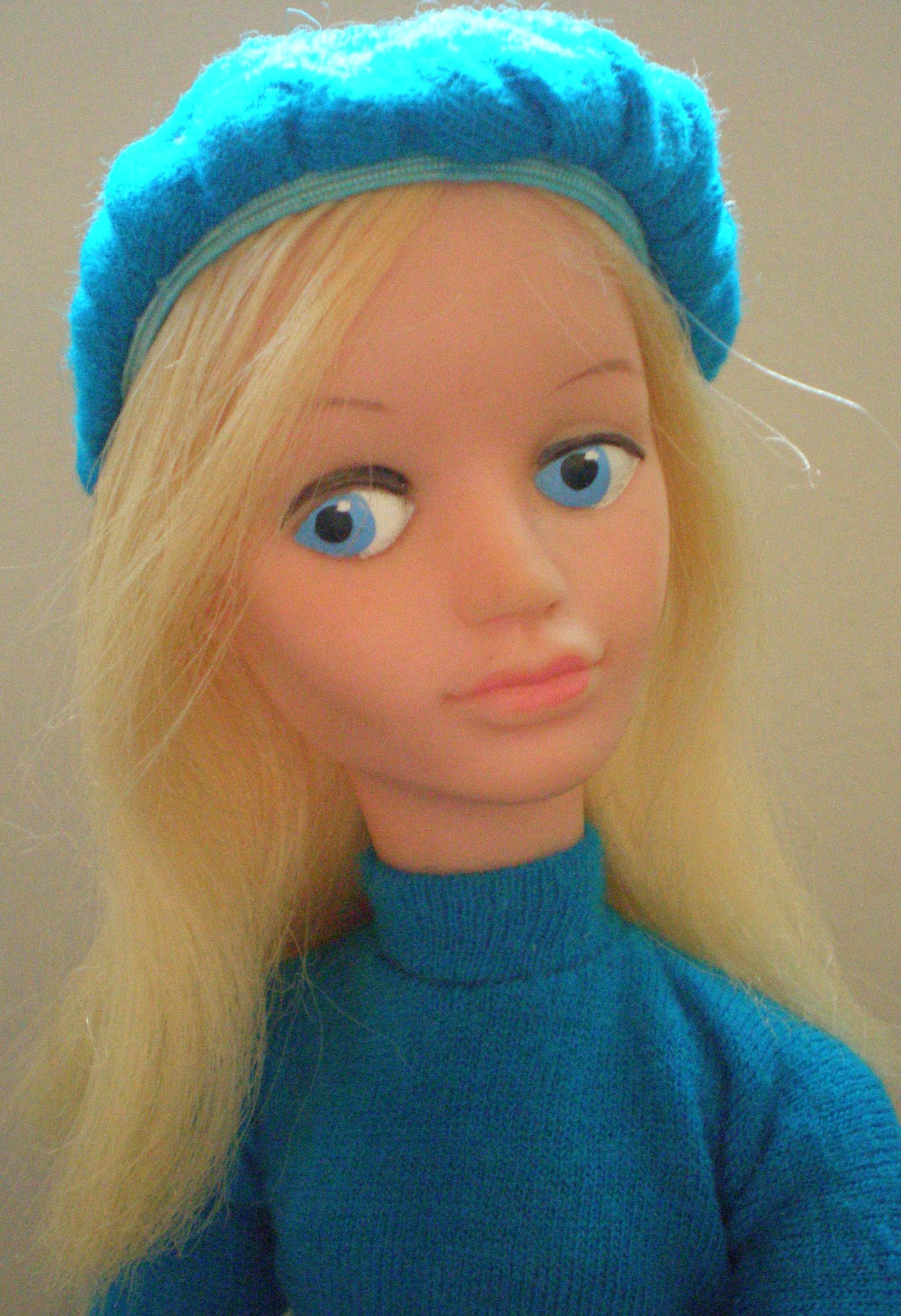 As shown above, Mitzi came wearing a cornflower blue, finely ribbed, knitted cotton long-sleeved jumper, with a matching elasticated beret. The front, back and sleeves of her jumper were not knitted separately and then sewn together. The jumper was knitted as one piece and then stitched together under the arms and down the side seams. It fastened at the back of the neck, and there are two popper types. One is a flat white painted metal popper and the other is a brass coloured metal popper that matches the one on her skirt. The jumper was worn over a lime green cotton wrap-over kilt-style skirt which fastened with one brass coloured metal popper and which was secured at the knee with a little brass safety pin. She wore matching lime green flat lace-up shoes on her feet.

There is also a variation Mitzi outfit, where her jumper and beret are made in a darker turquoise blue as shown in the detailed photo right. In this photo you can see the fine knit of the garments and the elastic on the beret.

Mitzi was given an extra outfit, the complete 'Dream Date' outfit on card. As Mitzi's box was like an oblong shoebox, it was placed behind her and carefully curved around her. It looks to have been old stock as it contains the original Sindy's Bazaar style leaflet. 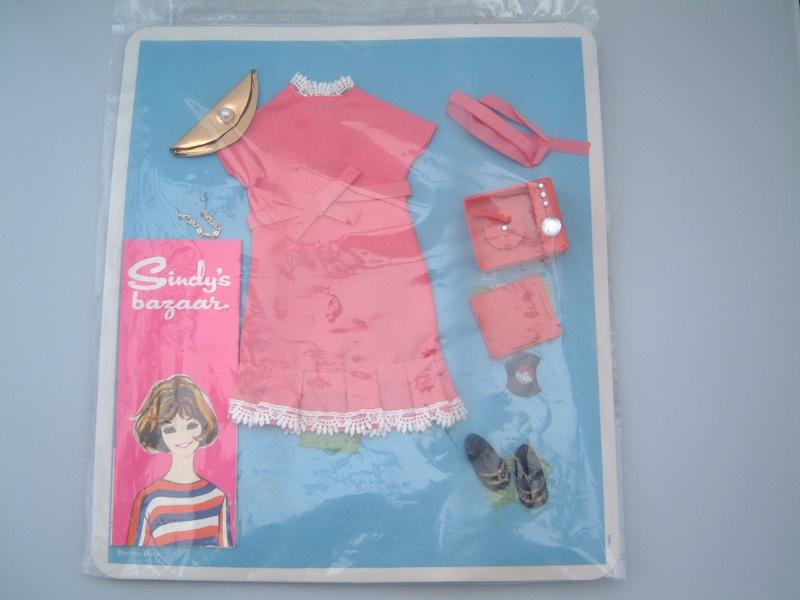 The first Mitzi boxes contained a painting competition leaflet (not shown). The competition ended on 31st January 1968 and the prizes were 30 Paul dolls, given away each month until the competition finished (obviously a way to use up discontinued Paul stock).

Mitzi's charm was a miniature Eiffel Tower, and we have a theory that it was a subsequent 1968 addition to the Mitzi doll. This might explain why it is quite hard to find. Some later Mitzi boxes have been found bearing a sticker noting that a charm was enclosed. 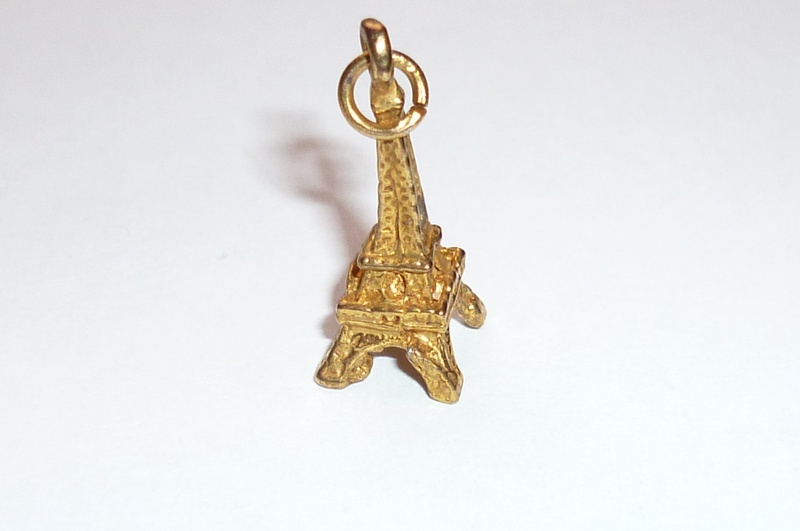 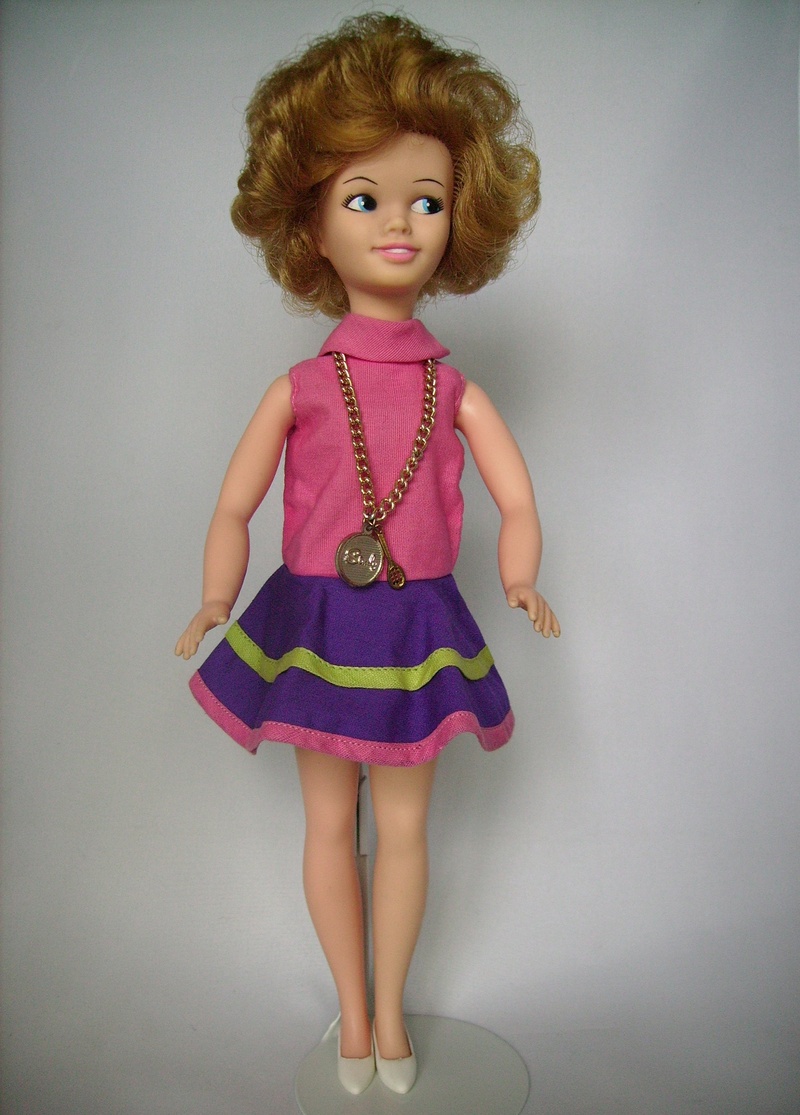 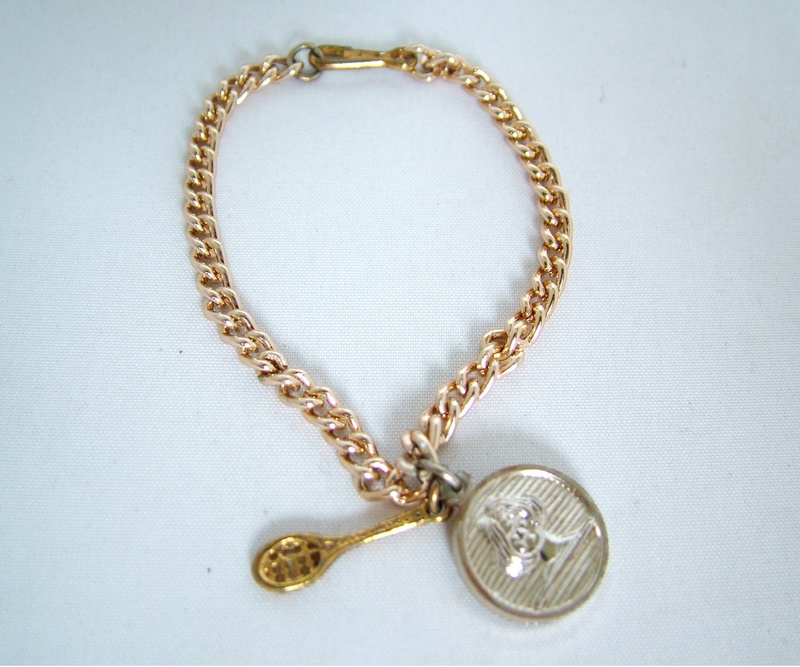 Vicki was Sindy's new English friend. Her outfit is slightly different from the outfit described in the 1968 style leaflet. Her dress was a sleeveless, low-waisted dress with a roll-neck and a full skirt. The top was pink, and the skirt was purple decorated with one green hoop and with a matching pink binding to the hem. It fastened at the back with one white painted metal popper. She actually came with white kitten heel court shoes, not black as described in the leaflet.

She was also given extra clothes, the white polo-neck knitted jumper and orange stretch pants from 'Winter Holiday'.

Vicki's charm was a tennis racquet. 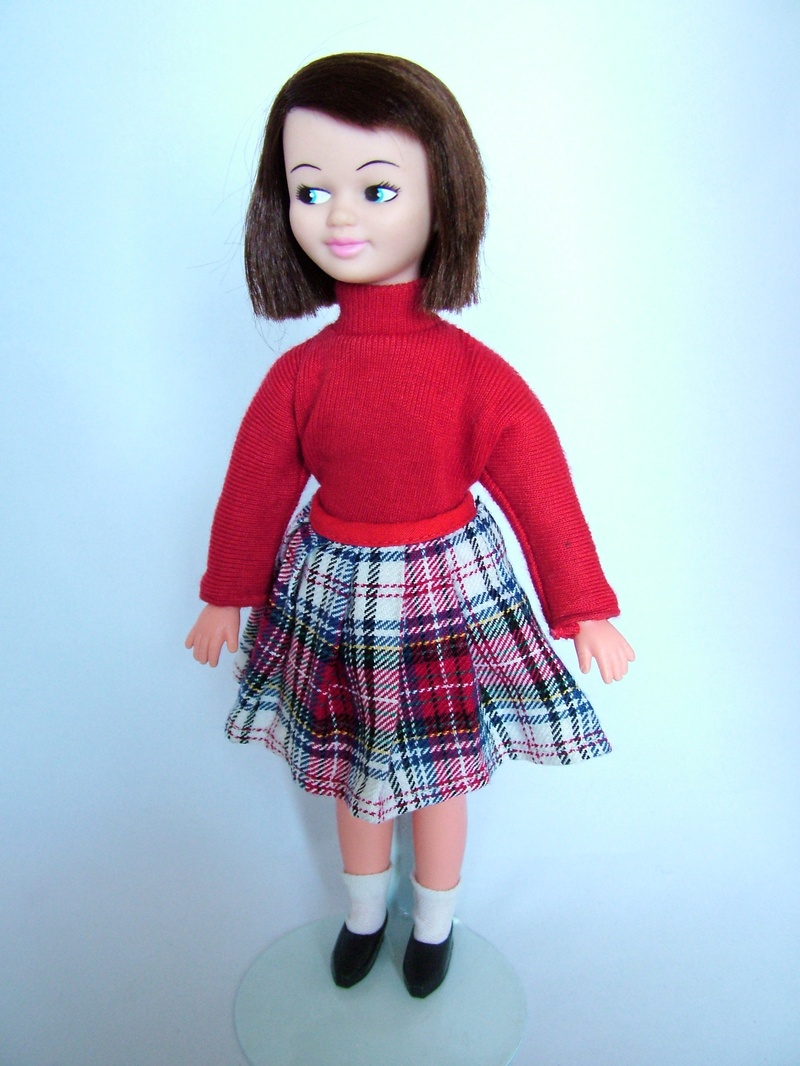 Poppet was a new friend for Patch, this version came with a short “urchin” hair style and she could wear all of Patch's clothes. She came in Patch's 'Half Term' outfit of a red jumper, tartan skirt, white socks and black shoes.

Patch's 'Half Term' blazer and a pair of Patch's white shoes with moulded bows were provided as the “extra clothes”, but sadly there was no kitten (see 1967 Patch for a fuller description of this outfit).

Poppet's charm was a double-heart. Patch's little American friend was launched in Autumn 1967 with Mitzi. The Fan Club introduced her to members as follows:

"Betsy is Patch's American friend who is going to stay over here with the Sindy Set. Her father has to travel all over the world on business and when Sindy suggested that Betsy could stay with them, arrangements began at once and everyone agreed that it was a marvellous idea. Patch is really excited about the two new arrivals and asked me to tell you all to join in the welcome when they arrive."

She wore a little sleeveless cord red dress trimmed with white cotton lace at the neck and hemline. It fastened at the back with a white painted metal popper. She wore a narrow red grosgrain ribbon hairband, little white cotton ribbed knickers, white nylon socks and red shoes with a moulded bow.

Betsy didn't have a charm, she had a red, white and blue metal badge with her name and two white stars on it. 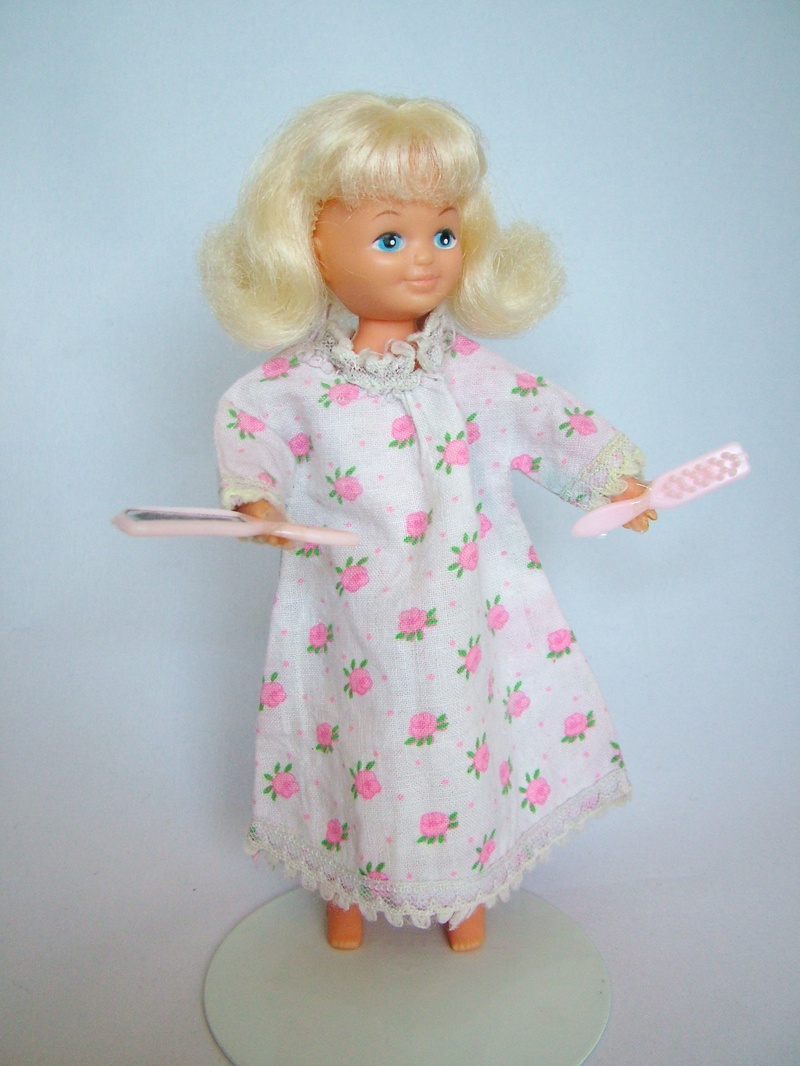 A long floral cotton nightdress with long sleeves trimmed with white cotton lace at the neckline, hem and at the end of the sleeves. She is described as having a blue brush, comb and mirror set. However this being Pedigree although the nightdress is shown drawn as having a yellow floral pattern, we have only seen pink and a blue versions, also we have seen a boxed outfit with a pink brush, comb and mirror set.

A sweet little casual outfit consisting of blue and white gingham pull-up trousers (much was made of the fact that Betsy called them “pants') and a sleeveless blue denim top with the same blue and white gingham trim on the armholes. The top fastened at the back of her neck with a white painted metal popper. Her little dog “Hector” together his lead, bone and bowl were also included (which looks like Ringo and his things re-used from Country Walk). 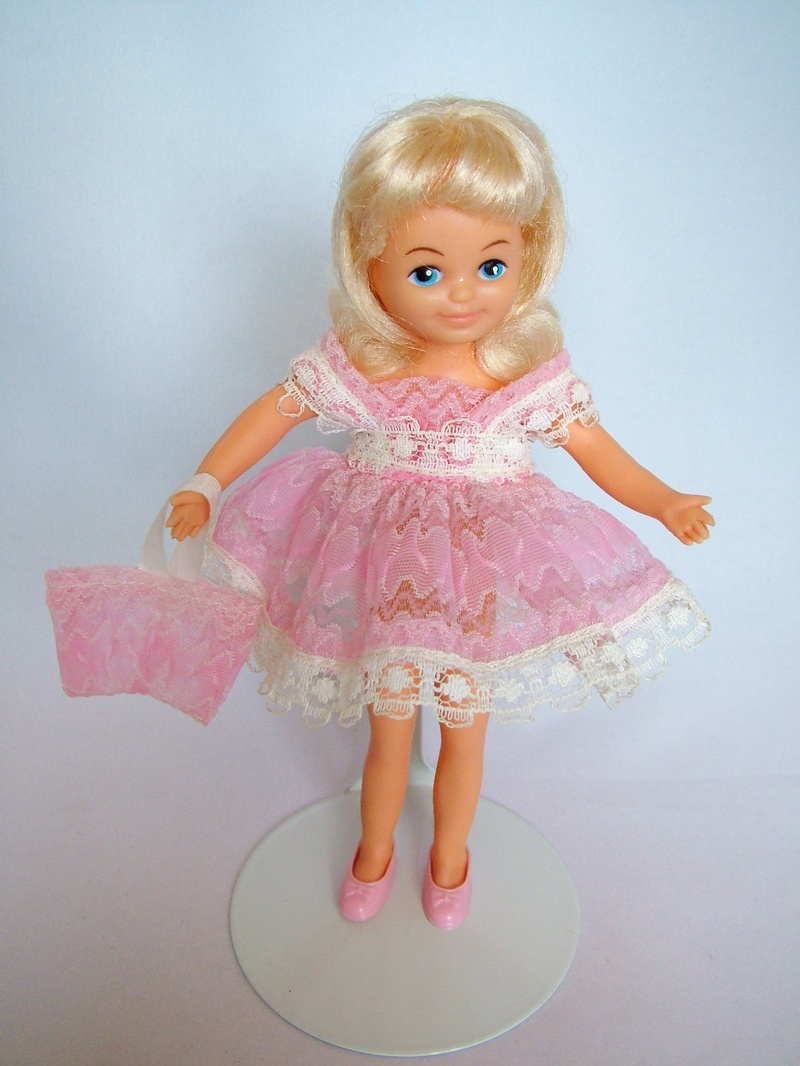 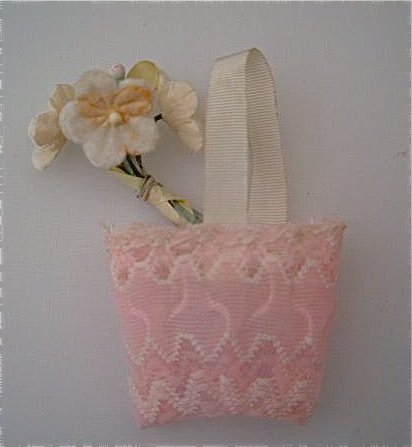 This outfit was described as “Betsy goes to parties American style”. A beautiful frilly pink and white lacy party dress. The dress was sleeveless with a full skirt and it fastened at the back with a metal popper (we have seen white painted and chrome metal poppers used). There was a little matching pink lace party bag with a white grosgrain ribbon handle, filled with a posy of creamy white flowers (see inset photo). For her feet she had a little pair of pink shoes with moulded bows.

All images and content on this website are the Copyright of Ann Jalili & Kathleen Weatherhead ©2010-2020. Please do not reproduce our work without our express written approval. The original Sindy logo is reproduced with the kind permission of Pedigree Group Ltd.
UA-30107892-1